Borussia Dortmund have had a very successful decade that has seen them win 2 Bundesliga titles, 2 German Cups and one Champions League final appearance.

Borussia Dortmund have had a very exciting decade from 2010-2020, filled with exhilarating highs and some tough lows but all in all a very successful 10 years. This decade has been heavily dominated by Bayern Munich but Borussia Dortmund put together a nice run with a respectable number of trophies. Dortmund’s success over the last decade has shrunk the massive financial gap between them and Bayern to the point where they are within reach.

Here we will take a look at Dortmund’s best possible starting XI based on the players who have featured for them in this decade. Dortmund have had some great players and fan favorites throughout the years so it’s very tough to limit the list to only eleven. 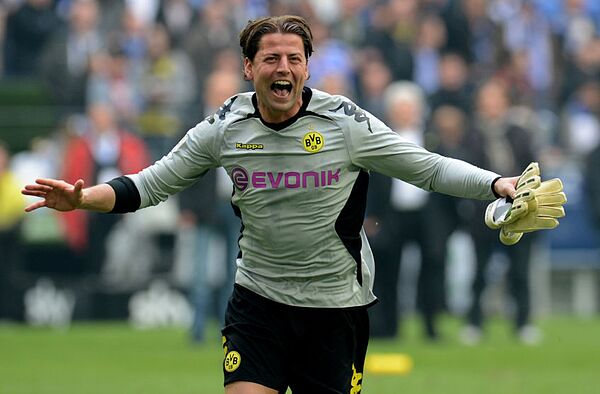 Roman Weidenfeller manned the Dortmund net from 2002 until his retirement in 2018 and had an exceptional career with the black and yellows. He was one of the key squad members for Dortmund’s back to back Bundesliga titles along with their double season. He really started to peak after 2010 when Dortmund went on their big trophy run. He was absolutely unbelievable in Dortmund’s run to the Champions League final, his play that season had him as one of the best keepers in the world that year.

Next: Defense
Next1 of 4Prev post
Use your ← → (arrows) to browse
Load Comments
Event Tickets
Powered by StubHub
Top Stories