Borussia Dortmund head into the winter break in 4th place in the Bundesliga standings with 30 points through 17 games, a very disappointing start.

Borussia Dortmund thoroughly under-delivered on the expectations heading in to the season. Tipped as equals to Bayern Munich in the title race, both German heavyweights have struggled with Leipzig and Gladbach ahead of them in the Bundesliga table. Through 17 games Borussia Dortmund only have eight wins in the Bundesliga. Although they have only lost three games, eight wins is simply not enough.

Here we will take a look at the three main takeaways from Dortmund’s Hinrunde. 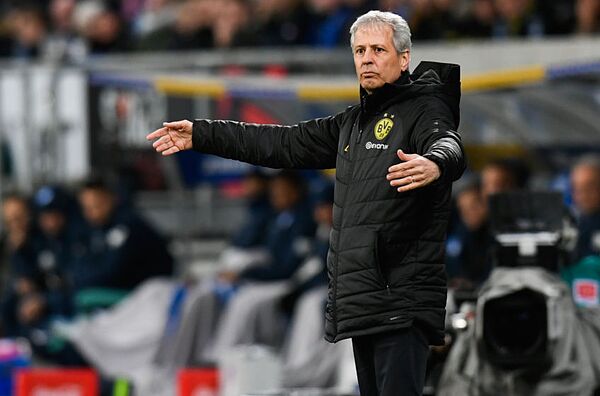 Favre is starting to adapt but needs to do more

Lucien Favre is a man who has always stuck to his convictions, which was Borussia Dortmund’s downfall last season. It has also been a significant factor in Dortmund dropping points this season as well. The good news is Favre is finally starting to adapt, the first sign of this was the switch in formation, albeit it came when his job was on the line.

Lucien Favre finally made a change at the end of November and switched to a 3-4-3 and as soon as he did the results started to turn. Dortmund went on a 5 game unbeaten run in the Bundesliga and Champions League. This was a clear sign of Favre making adjustments realizing what he was doing wasn’t working.

Starting to adapt and make tactical changes isn’t enough on it’s own. Favre will need to continue adapting if Dortmund are going to be successful. This was evident by Dortmund throwing away leads in their final two games before the break against Leizpig and Hoffenheim.

His lack of proactiveness, especially during matches is a real concern. As do his decisions to stick with underperforming players, and not giving others a chance.

There is a clear sign of improvement but not all of the problems are gone because of that improvement. More work lies ahead for Lucien Favre and the squad.

Next: The same issues from last season remain
Next1 of 3Prev post
Use your ← → (arrows) to browse
Load Comments
Event Tickets
Powered by StubHub
Top Stories